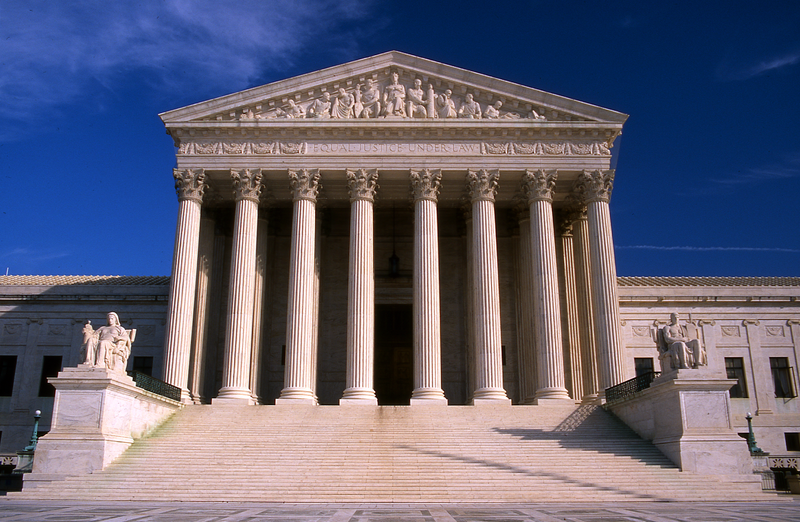 SBTC Sent the letter linked below to the Senate Judiciary Committee offering our comments on sections 101, 100(k) and 112(f) of legislation proposed to strengthen the patent system.

SBTC submitted the comment linked below to the Patent Board in December 2018 in response to a request for comment on a proposed rule change regarding PTAB Claim Amendment Practice and Procedures.

In June 2018 the Small Business Technology Council sent the below letter offering its support for the “Restoring America’s Leadership in Innovation Act of 2018”, introduced into the House by Representative Thomas Massie (R-KY), and Representative Marcy Kaptur (D-OH).  This bill would strengthen patent rights for small businesses by reversing some of the more harmful effects of the America Invents Act

In June of 2017, the STRONGER Patents Act of 2017 (S.1390) was introduced in Congress by co-sponsors Senator Chris Coons (D-DE), Senator Tom Cotton (R-AR), Senator Dick Durbin (D-IL) and Senator Mazie Hirono (D-HI). This bill would strengthen our nation’s patent system, while making it easier and less costly for small businesses to defend and protect their intellectual property in court.  SBTC stands with our parent organization NSBA in supporting passage of this legislation, and we ask our members to communicate their support for it to their members of Congress.

Other Letters of Support and Explanatory Materials:

SBTC’s Amicus Brief requesting that the US Supreme Court take the case of Commil v. Cisco Systems was discussed by the website law360.com. The case is about the fact that patent holders have lost their constitutionally guaranteed right to a jury trial. The article states in part:

Expressing concern that patent owners’ right to a jury trial was being eroded, a small-business group [SBTC] and a consulting firm urged the U.S. Supreme Court to hear Commil USA LLC’s appeal of a Federal Circuit ruling that vacated a $74 million verdict against Cisco Systems Inc…

“The Seventh Amendment right to trial by jury is of immense importance to patent owners and the enforcement of their patents,” an attorney for SBTC and Affinity Labs, Patrick M. Arenz of Robins Kaplan LLP, told Law360 on Wednesday.

To read the entire article, please click on the link below.  It can only be viewed by subscribers or readers who sign up for a free trial subscription:

Law360 Article on Commil vs. Cisco (subscribers only)

The amicus brief can be found here:

The brief discusses SBTC’s position:
.
An essential part of a strong patent system is the ability of patent holders to efficiently and reliably enforce their patents against infringers. This is particularly true when a small company or individual inventor with limited resources attempts to hold accountable a larger infringer with unlimited resources. Amici have experienced and seen the important role juries play in resolving patent infringement disputes. As a result, amici are well suited to explain the importance of this Court’s consideration of the issues set forth in the petition, and why further review is warranted.

The heart of the petition pertains to the sacrosanctity of the right to trial by jury in patent cases. Commil has tried its patent infringement claims against Cisco to a jury—twice. On both occasions, the jury determined that Cisco infringed Commil’s valid claims. And yet the Petitioner is seeking review by this Court because the Federal Circuit reversed the jury’s factual findings regarding infringement. Amici support Commil’s petition, and request further review for the reasons below.

.
Although not expressed in the brief, the reason this is important to small SBTC companies is that the erosion of the right to trial by jury in patent cases is degrading the our ability to grow businesses, create jobs, and grow the American economy.
.
SBTC Amicus Brief Contributes to Sumpreme Court Decision

SBTC’s contribution to the Small Inventors Amicus Brief on Halo/Stryker Supreme Court Case was part of the documentation that helped swing the pendulum back toward supporting inventors in patent law.

Justice Breyer authored a concurrence in which he emphasized the need for due diligence in the form of a clearance opinion. Further, the concurrence expressed concern that the Court’s opinion should not be taken by district courts to mean willful misconduct can be established by knowledge of the patent and nothing more.

This case will make it easier for patent holders to get enhanced damages from infringers, thus taking a small step to enforce patents and subdue infringement.  While we have a long way to go, this is significant as it is one of the first cases to stop the tide of weakening patents and start helping inventors and small businesses.

Engage with your Members of Congress on Patent Rights

We also encourage everyone to engage their Congressmen and women through calls, emails, and social media to oppose HR 9 from being brought back to the floor.  Below are a sample email and phone script you can use to help you write or call your Congressional representatives.  Also below is a “Twitter Kit” with a list of sample tweets, hashtags, handles, and links you can use.  Feel free to use or edit these as you see fit.

Finally, here is a 1-page document you can distribute to any legislators or staffers you interact with.  It concisely lays out 9 bullet points for why the “Innovation Act” will harm small business and American Innovation:

The SBTC and the NSBA believe that HR 9, along with its sister bill in the Senate S 1137, could have very damaging effects on the patent system and could undermine the ability of small business inventors to protect and defend their intellectual property.  Instead, SBTC endorses HR 2045, the “TROL Act”, and S 632, the “STRONG Patents Act”, which do a much more effective job at stopping abuse of patent demand letters, but without weakening the essential protections in the patent system that allow legitimate small business inventors to defend and protect their intellectual property.

MCM vs HP Amicus Brief
SBTC Chair Bob Schmidt submitted an amicus brief on May 30th for the case of MCM Porfolio, LLC vs Hewlett-Packard, signed by SBTC and 15 different organizations.  At issue is whether inter partes review (IPR) violates Article III of the Constitution; and whether IPR violates the Seventh Amendment to the Constitution.  Bob Schmidt and the SBTC’s position is that we agree with MCM that the IPR procedure was beyond Congress’s power to impose, and its underpinning rationale—that patents are a matter of administrative largesse, rather than a constitutionally protected property right—is constitutionally infirm.

Top 9 Reasons to vote “NO” on HR 9
This one-pager, put together by the Innovation Alliance, highlights 9 different ways HR 9, the “Innovation Act”, could hurt the patent system, small businesses, and America’s economy

Joint Statement from AAU, APLU, BIO, IA, MDMA, NSBA, NVCA, PhRMA, SBTC and USIJ on H.R. 9
A joint statement from ten industry and university organizations, including SBTC, voicing opposition to HR 9, the Innovation Act, for the damaging results it will have on intellectual property rights.

SBTC Opposes HR 9, the Innovation Act
We sent this letter to Representative Goodlatte, Chairman of the House Judiciary Committee, outlining our opposition to HR 9 and the manager’s amendment that was under consideration.  Unfortunately, the bill was ultimately passed by the committee, and will now face a vote on the House Floor.

Letter to Speaker Boehner Opposing HR 9
This letter urges Speaker Boehner to oppose HR 9, aka the Innovation Act, and instead support the TROL Act as alternative patent reform legislation.

SBTC Supports TROL Act Letter
A letter by the SBTC offering our endorsement of the TROL Act as an alternative to HR 9, the “Innovation Act”

HR 9 Crushed Innovation, Killing the American Dream
An op-ed by Bob Schmidt covering HR 9 that was published in The Hill, and describing the ways it will be harmful to the patent system and small business innovation.

SBTC Anti-Patent legislation 2-page Summary
A 2-page summary of the changes and items in HR 9 and other patent reform bills that we believe will be severely damaging to the patent system.

In April of 2014, the intellectual property blog IP Watchdog published a series of 5 articles written by SBTC Co-Chairs Bob Schmidt, Heidi Jacobus, and SBTC Executive Director Jere Glover.  These articles covered a comprehensive range of topics on patent reform, laying out the reasons why the proposed legislation will harm small business

SBTC’s parent organization, the NSBA, has also been active in the patent reform effort, and they share our views on the issues.  The following are a series of letters sent to Senate and House leadership asking for support of S 632 and HR 2045, while opposing S 1137 and HR 9.